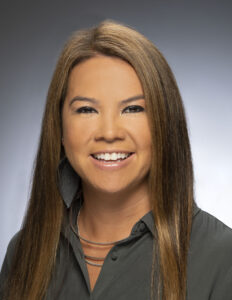 Tracy Chen is director of media strategy for Lumina Foundation, an independent, private foundation in Indianapolis that is committed to making opportunities for learning beyond high school available to all. In that role, she leads Lumina’s efforts nationally to broaden news coverage of Lumina’s issues. Chen brings a wealth of experience, doing everything from writing and editing scripts and e-newsletters to overseeing video production and producing award-winning, in-depth segments while managing a team of seven TV and web producers, reporters, and writers. She came to Lumina from Grow INdiana Media Ventures, where she was vice president of broadcast operations and executive producer of the Emmy-winning weekly TV show InsideINdiana Business.

Prior to that, Chen worked for WISH-TV, then the CBS affiliate in Indianapolis, where she produced the station’s morning show, and was a writer-producer for CBS-owned and -operated KDKA-TV in Pittsburgh. She also worked as a freelance producer for The Early Show on CBS. Chen earned her bachelor’s degree from Indiana University, where she majored in broadcast journalism with a concentration in Spanish.

• I met and sat next to my future husband at IU on the first day of freshman year. It was 8am, Psychology 101, and a lecture hall with about 500 students.

• One of my dogs is bigger than me. I have a French Mastiff that weighs 140 lbs.

What have you been doing more during the pandemic that you’ve come to enjoy:

I’m a former journalist. I used to work in TV news. Before joining Lumina, I was executive producer of Inside Indiana Business with Gerry Dick for more than a decade. I also was a TV producer at WISH-TV and KDKA-TV in Pittsburgh.

Best career advice you ever received:

Hire people smarter than you. You always want to be surrounded by the best and the brightest. If you are not learning something new or being challenged every day, then what’s the point?

Most women won’t apply for a position if they don’t match every single qualification listed. Employers are creating a wish list, and they may value the skillset you can provide over your shortcomings. Get out of your head and apply! 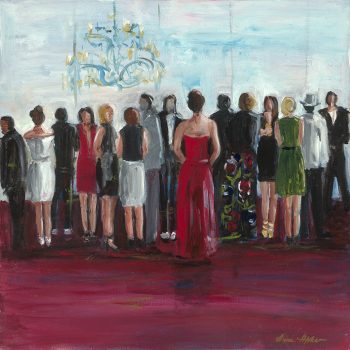 The 2019 Stepping Out in Style Artist is Anna Afshar