indydfs
Stepping Out in Style, Trending in SOIS 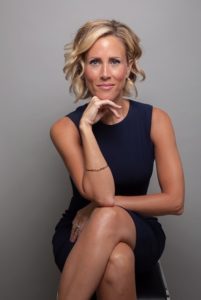 Growing up, Courtney wanted to be a White House correspondent. “I wish someone would have told me that my life was going to look completely different than what I had planned… and that’s ok,” she says.

On her career path, she did work in politics, serving in the administrations of Indianapolis Mayor Bart Peterson and U.S. Senator Evan Bayh. The path led her to her current position as the Director of Global Health Philanthropic Initiatives at Eli Lilly and Co.

Advice she would give her younger self? “Always have a plan, but be open to diversions in that plan. The most enriching experiences in my life, both personally and professionally, have been the surprising opportunities that showed up that I said yes to.”

Her success did not happen overnight. “It took years of growth, but I took ownership of my career,” Courtney says. “I realized that my career doesn’t belong to a company, or to a supervisor. It belongs to me. And with that responsibility comes a great deal of power and confidence.”

Courtney has advice for women navigating a job search. “With each role you’re  considering, look beyond the job description that’s written on paper and ask yourself — what is the very biggest thing I can do in this role? Don’t limit the roles, or yourself, to what’s written in black and white. Think big.”

Courtney has a big role coming up as a model in the 2019 Dress for Success Indianapolis Stepping out in Style Fashion Show. Confidence is key when walking the runway, and when asked if she has any power pieces that make her feel confident, Courtney replied, “heels, heels, heels!”

Courtney also believes success is being confident in who you are, and leaving your mark on this world in a way that is authentic to you.

Her favorite quote is by Mary Oliver, “Tell me, what is it you plan to do with your one wild and precious life.”